I am sleeping not very well the last couple of days so that makes me a bit moody, to cheer myself up I listen to music, I found an old mix tape (yes, cassette player kind) from a high school sweetheart, a cute and also older young man with a Harley Davidson, very cool to me and a horror to my parents who imagined me killed in road accidents while on the backseat, and they made him promise to drive very careful before I was allowed to ride with him, I was 15, he was 25 I think. It was all very innocent, thankful in retrospect he was such a darling, very sweet, and later he broke up cause he realized the age difference at that age is quite big. He left me a mix tape when he went on motorbike holiday with a friend, it had this song on it, loved it ever since 🙂 See video with song down below ⇓

Because of the lack of sleep just simple pictures (I always want more, more – better shooting locations, a story line, a view that goes with the feel I have with the items, it can take a long time to get it just right, to tired for that atm)  🙂

Thank you so much for the awesome everything June ❤

Feeds I am on 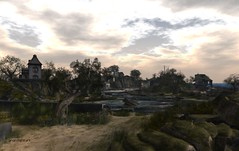 Feeds I am on